The perpetually-struggling U.S. Postal Service has bankers in a tizzy after floating a plan to branch into what it called “non-bank financial services” that somehow sound a lot like what lenders do.

In a white paper distributed late last month, the Postal Service’s inspector general discussed getting into an array of financial services as a means of keeping the money-losing mail operation afloat. Payday loans, check cashing and digital currency exchanges were among the possibilities outlined in the Jan. 27 report.

The 27-page document also notes that as the country moves toward a cashless economy, the Postal Service could also provide simple ways for underserved consumers to “convert their cash to digital currency” or other electronic payment methods like prepaid cards, mobile payments and wire transfers.

Two days after the paper came out, the IG held an invitation-only seminar in Virginia to discuss virtual currencies such as Bitcoin, as well as the potential benefits and disruptive effects they may have on traditional payment networks. But officials insisted to FoxNews.com that the Postal Service isn’t entering the world of virtual currency — or peer-to-peer payment systems not subject to regulation — just yet.

“It is purely coincidental that the OIG hosted an invitation-only seminar to discuss virtual currencies into an electronic form of payment shortly after the white paper’s release,” according to clarification provided to FoxNews.com from the U.S. Postal Service Office of the Inspector General. “ … The USPS OIG did not present and does not have a position or recommendation on virtual currency.”

“There’s an old phrase: Do few things and do them well.”

Banking industry officials told FoxNews.com that the agency that suffered a net loss of $5 billion in fiscal year 2013 — the 7th consecutive year in the red — should instead stick to delivering envelopes and parcels and stay out of financial services.

“There’s an old phrase: Do few things and do them well,” said Bill Himpler, executive vice president of the American Financial Services Association. “The Postal Service has its hands full trying to stay above water in trying to accomplish its current mission. I would hate to see taxpayers on the hook for a half-baked venture like this.”

Richard Hunt, president/CEO of the Consumers Bankers Association, characterized the white paper as the potential for “another radical government takeover” of an industry that the private sector is better suited to serve. He also questioned whether entering into those new ventures would necessitate a costly hiring surge.

“You’d have to hire people who are knowledgeable about financial products,” Hunt told FoxNews.com. “So there’s tremendous start-up costs involved.”

Rick Geddes, an associate professor at Cornell University and the director of its program on infrastructure policy, questioned whether there’s actually much to gain for the Postal Service in areas typically served by banks and other financial institutions.

“To me, that seems like a substantial departure from what they’re doing now and I’m not sure I see where the core expertise is in the Postal Service to provide these types of financial services,” Geddes told FoxNews.com. “You’re talking about an entity that’s losing money hand over fist. If these services are so profitable, why haven’t other financial institutions companies got into this business?”

Geddes continued: “Put yourself in the shoes of a small regional bank and you’ve got the Postal Service coming in … That’s a serious problem.” 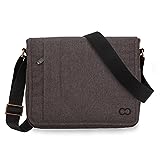 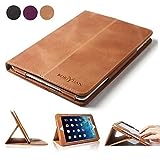 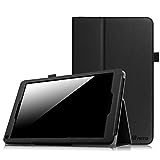