Home › Blog › Susan Tompor: Did your cell phone ring just once? Do not call back – Detroit Free Press

Susan Tompor: Did your cell phone ring just once? Do not call back – Detroit Free Press

If you see a missed cell phone call from an unknown number and call them back, hold on to your wallet before you get taken by yet another scam.

Cell phone users can quickly lose $20 or more if they are hit up by scammers who are playing one-ring games with our cell phones.

The fraudsters get computers to send thousands of calls to random cell phone numbers, ring once and disconnect.

If you’re curious about the missed call, you might return the call right away. But then, you’re going to be charged $19.95 for an international call, according to the Better Business Bureau Serving Eastern Michigan.

After that, there’s a $9-per-minute charge. Music plays to make it appear you’re on hold and drag out that call.

The phone may be old school when it comes to scamming, but it’s still a popular way for con artists to grab cash.

The Internet can be a scary place, as well, for scams.

The Federal Trade Commission has two new blog posts to give businesses and consumers specifics on telemarketing fraud. One FTC blog is called (Con)tempting fate and another is An Online Payday Loan or Window to a Scam?

The FTC is warning that some scam artists have targeted people looking for online payday loans. The consumers gave their bank account information online, and once the company had the account numbers, the consumers were enrolled in an ongoing membership for an online mall, which is known as a continuity plan, or negative-option plan.

But because the terms of the program were obscure, consumers wouldn’t catch on to the scam unless they checked their statements. And the company took their silence and failure to cancel as permission to regularly debit money from their accounts.

In other scams, the pretext of “free” trial memberships for travel and discount clubs tricked some people into divulging their bank account information, too, to generate regular charges.

Yes, con artists are sending e-mails with “funeral notification” in the subject line. The Better Business Bureau reports that the message appears to be from a funeral home in Texas, but it could be from anywhere.

The e-mail invites you to an upcoming “celebration of your friend’s life service.”

Nothing to celebrate here; delete the e-mail.

Scammers want to trick you and be able to download malware onto your computer.

The one-ring cell scam seems simple, but you could see how someone could get caught, too.

Brian Kowaleski, 45, of Laingsburg, outside of Lansing, said last week he received one of these one-ring, hang-up cell phone calls two minutes after midnight.

“They try to make it like an odd call in the middle of the night, like an emergency,” Kowaleski said.

The area code was 268, which could look like a 248 area code out of metro Detroit, in the middle of the night.

Kowaleski later looked up the 268 area code and it was for Antigua, an island in the West Indies.

Fortunately, Kowaleski did not call back.

But some are concerned that seniors, college students or others could rush to return a missed call.

“People won’t even know they got scammed until a month later when they get the bill,” Kowaleski said.

Others across the country have reported such calls in the past few days.

Julie Kosobucki, marketing and communications coordinator for the BBB serving Wisconsin, received a few one-ring cell calls with the area codes 268 and 767.

On her phone, one call showed up as “Dominica.”

Kosobucki, 24, said she was not duped because she had heard earlier warnings via the BBB network on such calls. And, generally, she does not call anyone back unless they’ve left a voice mail.

But she can understand that some consumers do have a habit of calling first, asking questions later.

“My mom, if she gets a missed call from someone, she’s a lot more likely to call back, even if they don’t leave a voice mail, ” Kosobucki said.

The BBB warned that the one-ring calls are coming from the Caribbean Islands, including Grenada, Antigua, Jamaica and the British Virgin Islands.

The BBB said if a person thinks they’ve been hit by this scam, they should immediately call their cell phone carrier and keep an eye on their bill.

If by chance, you do call back, by all means hang up immediately. Often these scams involve callers hearing music or other distractions that could make those return calls last even longer.

The best bet is not to return that odd missed call. Don’t fall for “free memberships.” And ignore those texts from funeral homes, too. The scammers are once again working overtime to get access to our money. 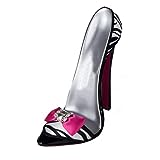 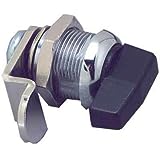 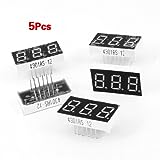 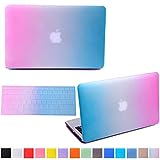