A budding rivalry between Texas coach Charlie Strong and Texas A&M coach Kevin Sumlin is picking up some steam.

At Strong’s national signing day press conference on Wednesday, he said that Texas will not be a “gadget program” when asked about recruiting against Sumlin, who is sometimes referred to as “Coach Cool,” and uses different methods in recruiting, including the use of a helicopter, dubbed the “Swagcopter.”

Wednesday night on Yahoo! Sports Radio, Sumlin was asked about Strong’s “gadget program” comments, and offered a light-hearted and mostly polite response. (His comments start around the 5:00 mark)

“I guess based on today we better get some more gadgets at our place then,” Sumlin said with a laugh. “I’m not going to get caught up in that. It’s working for us. We’re not going to change. And if anything, maybe we just need to step it up a notch in that area.”

“I think players and prospects understand the direction we’re headed and how we’re doing things. As great a job as our assistant coaches did this year, as well as we’re recruiting – the reality is, we’re still third in our own division behind LSU and Alabama. That’s where our focus is. That’s where we want to be, to try to compete for championships.”

With Texas A&M now in the SEC, the two schools won’t be competing on the field anytime soon, but the two staffs will definitely be competing throughout the state of Texas for the best recruits. Sumlin reeled in the No. 6 class in the country according to Rivals and Strong – coming in after Mack Brown resigned – salvaged the No. 20 class for the Longhorns.

How the rivalry shapes up in the coming years remains to be seen.

Want to join the conversation? Hit us up on Twitter @YahooDrSaturday be sure to “Like” Dr. Saturday on Facebook for football conversations and stuff you won’t see on the blog. 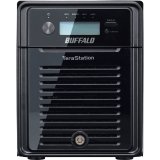 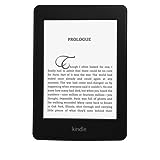